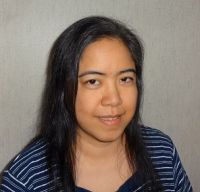 Vegan Spirit Manifesting Positive & Divine Karma In essence, I am a vegan for moral, spiritual, ethical, and health reasons and I am seeking the same. As far as spiritual beliefs and personal lifestyle are concerned, I believe in living a lifestyle that is as close to nature as possible and is in adherence to the physical, spiritual, moral, and ethical laws of karmic nature. My spiritual outlook in life is of a more Eastern (Buddhist/Ancient Hindu (Vedic)/Jainist/Taoist), Ancient Gnostic, and New Age/Metaphysical orientation and influence.

My personal, political viewpoint is more aligned with Libertarian (Independent) and Green Party politics. I would describe myself as moderate in a political sense, although I'm not generally a politically-oriented individual overall.

I am into sounds that connect and strike a deep visceral chord within me as far as music is concerned. Often, I find myself in the mood for something soft, relaxing, soothing, and tranquil, and on other occasions, I'm in the mood for something more stimulating, exciting, and virtuosic. I enjoy indie, alternative, classical, fusion, instrumental, and new age music, among some other interesting genres.

Some additional information about me. I am also what is known as an intactivist. I believe that routine neonatal infant male circumcision is a crime against nature and humanity. Except in the most extreme medical circumstances, male circumcision, in general, whether conducted in infancy or at a later stage in life, is an unnecessary and barbaric practice of s----l mutilation that can have a permanent, largely irreversible negative effect on an individual's natural s----l functioning throughout his life. This can have a very negative, detrimental effect on the physical aspects of the individual's future relationships which, in turn, can have major negative spillover effects on other important, non-physical aspects of those relationships. I support the foreskin restoration and foreskin regeneration movement and initiative in that regard.

I am seeking someone with whom I can share a deep connection on every level possible. I would like to get involved with someone who is spiritually-aware, who is loving; kind; peaceful; non-violent; non-argumentative; non-profane; optimistic; considerate; honest (not just selectively-honest), yet tactful; loyal; faithful; monogamous; deep; sensitive; sensual; affectionate; is a vegan for moral, health, and ethical reasons; is a non-drinker, non-smoker, and non-drug user (i.e., straight-edge); has knowledge of and/or an appreciation for Eastern-based spiritual beliefs and practices as well as for Ancient Gnostic (original, vegetarian, non-dogmatic based, early Christian) spirituality, and New Age/Metaphysical spirituality and philosophy; ... and someone with whom I can share a deep sense of maturing love, mutual spiritual growth, personal development, and deep fulfillment on every level possible as our relationship progresses over time.

I am seeking a long-term relationship, ideally a relationship that will develop into something incredibly profound that will last a lifetime. In short, I am in search of my soul mate, complementary spiritual twin, and life partner. ...

Please check out my updated blog post titled, "My Expanded Profile & Additional Information About Me" on my Green-Passions Blog for a more detailed description of myself and what I'm seeking specifically, by scrolling to the bottom of this page and clicking on the blog link. In addition, please feel free to click on the link titled, "My Personal Webpage & Additional Info ..." listed in the "Current Favorite Websites for SPIRITUALVEGAN*" section of this page. Thanks. 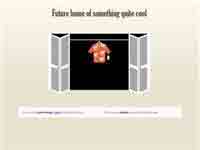 FIND Other Singles In
Virginia 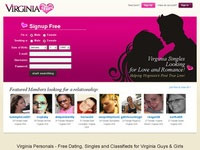 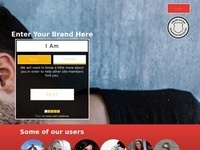